Mark and I went for our last SF walk down to the Ferry building and Farmers Market leaving Tom asleep as has been the norm. The drive from SF to Carmel for us today was only about 2 hrs but we planned to stop off at Monterey on the way. The drive down proved to be 3 hours though due to heavy traffic so we ditched the idea of Monterey and headed straight to Carmel.

The only real noteworthy point about the drive down was the huge number of Hells Angels bikies on the road and how they menacingly weaves in and out of the lanes at rather high speed. No one took them on though and I noticed how most cars simply yielded and shifted sideways to let them through. One female bikie had a nice ‘bling’ helmet that I rather fancied though!We headed straight to our accommodation so as to be able to park the car but knowing our room would not be ready. Being a Saturday on 4th July weekend meant that Carmel was crawling with both cars and people. Carmel is a very quaint small seaside village with several blocks radiating off the main street, Ocean Ave. Ocean Ave runs up a gentle gradient and lies perpendicular to the beach. We would have described the day as overcast but we were advised later by some folk with local knowledge that it was indeed sunny and that the grey was simply due to a persistent fog, much like the gig that lingers in San Fran.We were advised to head up a few blocks to the Cyprus Inn which served up a great lunch. It stood out more though for the kind of patrons it catered to! The Cypress Inn, and most of Carmel for that matter, is pet friendly so there were as many dogs at the Inn for lunch as there were humans!!We decided to check out the beach so headed back down Ocean Ave, past our accommodation, and down to the beach. Summer at this beach meant polar fleece attire and no swimming. The beach here reminded us of our south coast beaches back home though with houses lining the beach front rather than shops etc. in fact the coast line from Monterey to Carmel is made up of a most scenic route taking in some amazing coastal features, spectacular homes and luxury golf courses. There is a tourist trail called the 17 mile drive’ that captures much of this scenery and we have planned to cover this tomorrow.Our accommodation was a B &amp; B on the main street made up of separate cottages. We were in a loft style cottage called the ‘Blue Bird Cottage which was very comfortable. The B&amp;B Hosts served complimentary wine and cheese each night around an outdoor fire pit. We headed there before dinner and met a number of very friendly and interesting Canadians and Americans. We all headed our separate ways for dinner though at around 7 pm. Dinner for us ended up being back at the Cypress Inn due to the busy holiday weekend. This was another great meal for us though and we were happy to be back home for a relatively early night after a fairly full and eventful day.

‘Wine and cheese’ at Lamplighter Inn

Tom whilst we went to ‘wine and cheese’

Tom and Mark at Carmel beach 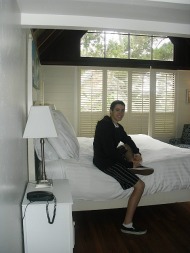 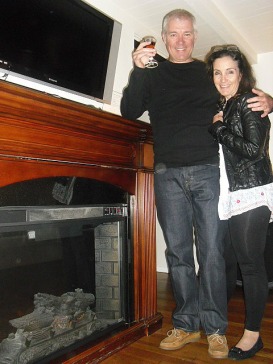 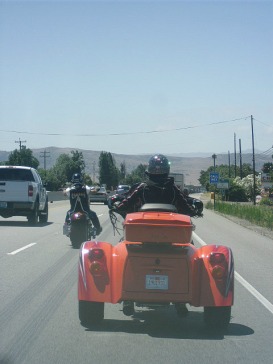 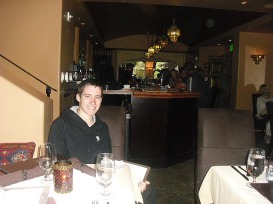 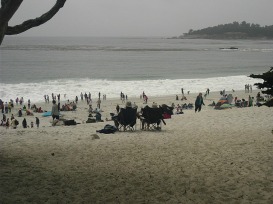 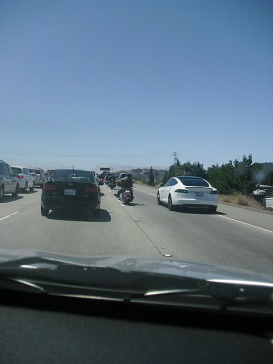 Bikies on way to Carmel 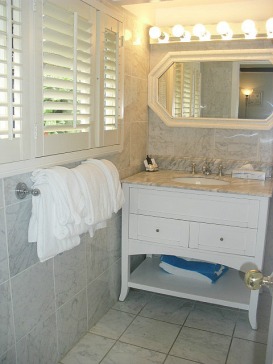