We eventually made it in to Paris but only after a journey of some 32 hours. In fact, since we left home Tom’s 19 birthday has come and gone and this event triggered quite a storm of FB photo posting. The trip, although long, went fairly smoothly for the most part but years of Science training meant it didn’t pass without some careful scrutiny and a couple of notable observations. The first noteworthy point is that the Qantas lounge in Sydney has significantly pared back its offerings. I now realize that their share price has clearly received as much of a boost from this economy as it has from the lower Oil price. I’m not complaining at all. Just observing. The second but more interesting observation came during our transit through Haneda airport in Tokyo though. We arrived to the lounge at around 5.15 am and by 6 or so the lounge started to fill up. Now, given that we were in Tokyo you won’t be surprised that the guests were mostly Japanese. However, I’m sure you’ll share my surprise that, even at this early hour, most of them were drinking either beer or champagne with their food and with the odd glass of red wine in there too! These weren’t just men in suits either. There were couples and various groups of families and friends. The image was completed for me when I passed a young, slim and rather glamorous girl filling her glass at the automatic beer dispenser! I couldn’t wait to update Mark on these observations once he returned from a shower but he, too, came back to our table with his own glass of champagne! I was so intrigued by this crowd behavior I tweeted a local Japanese cyber buddy, Yuki, who was only a little surprised by the female representation. I now wonder whether those Bank of Japan meetings I sometimes monitor have had their members start the day on similar fare? So, fast forward a bit and it is now almost 30 hours since we left home but we are still in London waiting for our flight to take us to Paris. Even then, we have an overnight and one more flight followed by a 2 hr drive until we reach our desired destination just outside Carcassonne. It’s at this point I’m thinking who planned this crazy itinerary and, then, I recall it was me! Would a 5 hr drive to Broulee and a few weeks on the south coast have sufficed instead? Time will surely tell. Mark and I managed to survive the lengthy journey but, sadly, Marks luggage did not. We are hoping it might turn up later tonight but the airport staff weren’t hopeful. Our driver eventually managed to find our hotel and, whilst it was less than we expected, we were rather glad to be anywhere that didn’t move. We wandered across the road for a quick bite to eat before turning in for the night. Please excuse any grammatical errors as this was cobbled together at around hour 28 of our trip. Hence, I’m a little fatigued. 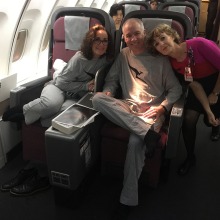 Flight with Roxanne. Fond memories of what was essentially Mark’s ‘Office’ for about 10 years! 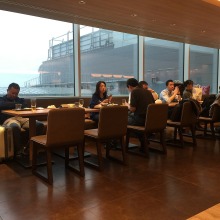 Lots of beer and wine being consumed.

Mark joined in though! 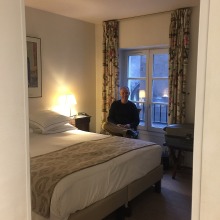 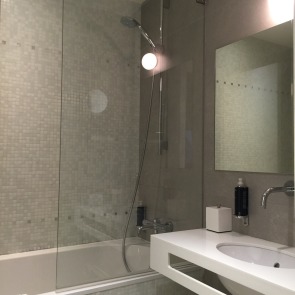 View out our window 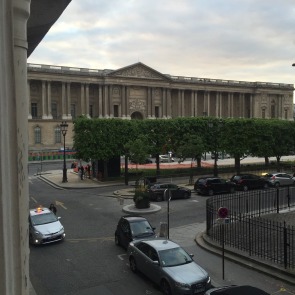 View of Louvre out our window.

A quick bite across from our hotel.

Mark a bit happier now he has a beer! 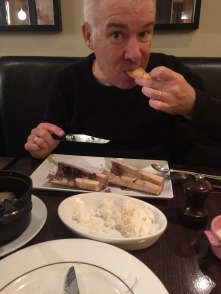