Good morning all. Things are pretty normal here. Tom is up early playing his Nintendo DS and eating Coco Pops, I am writing this as I look out the French doors into our pretty courtyard and, Mark and Belle are still asleep. It is the morning of Thursday 10th May. Yesterday was a full but wonderful day for all of us. The kids are in the swing of hiking around and being confronted with the most amazing architecture, art and history and, being truly amazed by it all. The granite and limestone walking paths are taking a toll on all of us though. You really need good footwear here. We set off early for the Louvre, which I thought would be a chore with them and a rather short visit. Instead we were therefore a couple of hours. At first we raced to the Mona Lisa to beat the crowds. I don’t think the kids were too impressed with the size of the painting but it was good to see anyway. After that we started to seek out our particular art of interest. Tom’s was the ‘The Club footed Boy’ (go figure?), Annabelle’s was ‘Venus de Milo’, Marks was the sheer scale and architecture of this palace and mine was the amazing array of Islamic Art. This was the most amazingly beautiful collection of ceramics, carpets, tiles and, yes, doors! The glazes they achieved were so rich and vivid and, absolutely beautiful.

We left the Louvre and after a break for lunch, headed up through the amazing gardens of Jardin des Tuileries, created for Catherine de Medici who apparently did not like the place at all and built her own pad at Luxembourg Palace. Some women! We called into the L’Orangerie and spied Monet’s huge water lily canvases before hitting the shops on the Champs-Elysees. Annabelle and I did as much shopping as we could considering that we had in tow a man who has not watched enough football of late and a boy who has not played enough football of late! The European Spring/Summer range of fashion is colourful, feminine and most appealing. Following this dose of retail therapy we then went and ascended the Arc de Triomphe. There were great views of Paris radiating out from the Arc in all directions. We left this spectacular view and headed down towards the Eiffel Tower. We were lucky that there were no queues at ground level and only a minor queue for the lifts above. We went to the very top which afforded the most commanding views over greater Paris. Interestingly I think the sights of Paris are much prettier from ground level than from above. It looks too flat and bland from above. The Tower is something you feel that you should do but, in my opinion, it is certainly not the highlight of all that Paris has to offer.

We had fitted an awful lot into one day and were rather weary by this stage so headed home by Metro to another night ‘in’ of Bordeaux, fromage and roast chicken, courtesy of our local markets. 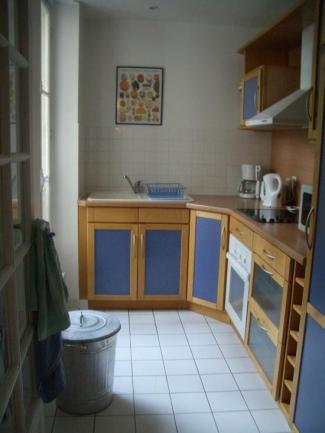 Our kitchen in Paris 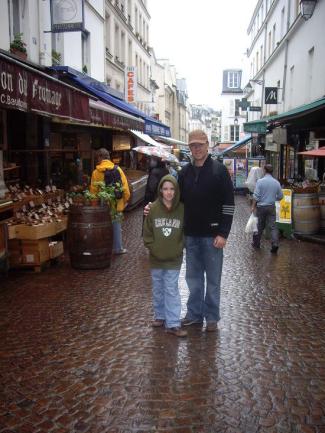 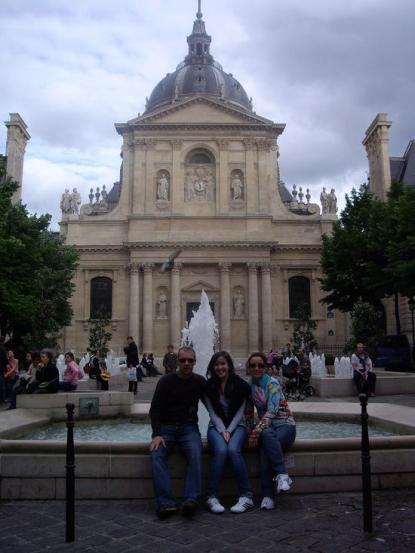 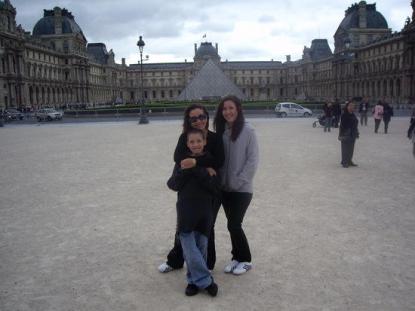