It was an overcast but fine morning that greeted us when we opened our curtains this morning; perfect weather for our walking tour of Chinatown. We headed to the gym and pool as my foot, whilst not healed, was on the mend.

Our self guided walking tour started at the Golden Buddha which was only a 20 minute walk away but, given the heat, we took a taxi.

The Golden Buddha statue is over 700 years old and had been covered by plaster for many years for safety and protection from Thai enemies (the Burmese!). It was only revealed to be Gold, and likely solid Gold at that, in 1955, when they accidentally dropped the statue while moving it and exposed the gold under the plaster. They say the statue today is valued at over 28 million pounds but, really, it is priceless to the Thai people!

Our self-guided tour then proceeded by winding through Chinatown but we ended up missing a lot of the key stops, so busy were we making sure we survived crossing the roads! It was still an interesting wander past the gold sellers and then through the narrow lanes of the New market and Old market districts. We found the area for ‘Optics’ which proved useful for me as 3 pairs of glasses set me back just 300 Baht or $12 AUD.

We made a pit stop for some a/c and to rest our feet at a Starbucks along the way but we’d had enough by 1 pm so jumped in a taxi to head back to the pool. It’s hard work plodding the streets through the smells, the heat and the hoards of humanity so a good book and the pool held strong appeal.

Our venue for dinner was ’80/20′, a fusion restaurant we’d found through Google, and we ventured out there at around 6 pm. There was some confusion with Google maps but we eventually realised it was just a short 5 min walk from our Hotel rather than the ferry trip we initially thought we’d have to take. It was great place to dine and reasonably priced for the standard of food and presentation. We’d highly recommend this place to anyone visiting Bangkok. 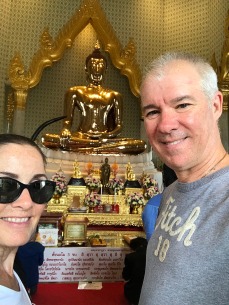 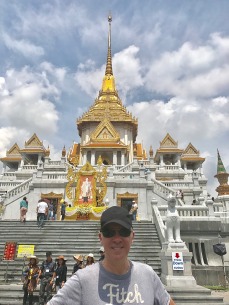 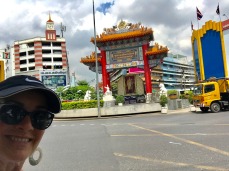 Take away mango and sticky rice 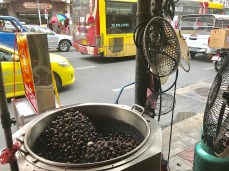 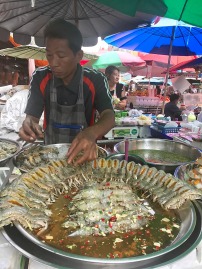 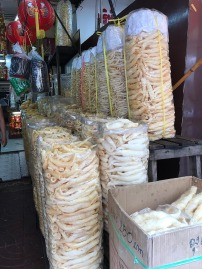 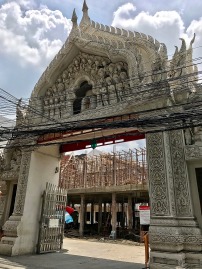 This historic 1818 gold shop was packed! 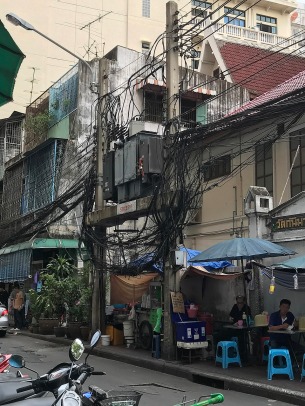 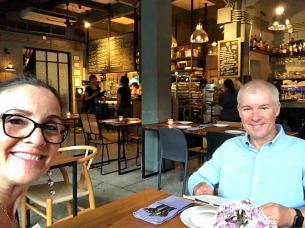 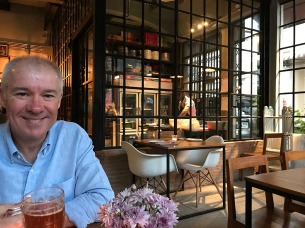 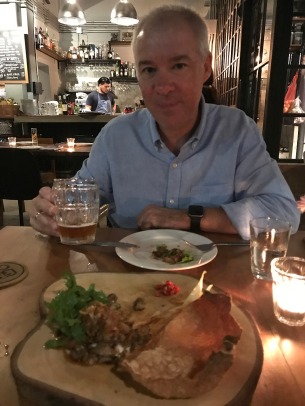