It was another sunny and relatively mild morning that greeted us for our first full day in Washington. We really have been very lucky with the weather for this trip.  We set out at 8am to catch the metro downtown to the Washington monument from where our 4 hour ‘DC all in one’ walking tour was to start. We just missed one train so needed to wait 14 minutes for the next one. Not like NYC where they run every few minutes 😦

Our 4hr walking tour was a great way to cover all the major monuments and memorials in the area. It was a 5km route of the Washington tidal basin area. The capital was a planned city, much like our own Canberra and located on swamp land as this was cheap and on a river. The tour started at the Washington Monument as he was the first President and the most favourite being elected with 100% of the vote – the first and only time this would happen as it was against the democracy they fought for. From there we went on to the WW2 Memorial, the Vietnam Memorial, the Lincoln Memorial, the Korean War Memorial (our favourite) and then the Martin Luther King Memorial. This was a rather humbling experience as there were many Korean and Vietnam Veterans present at the various memorials, even a couple WW2  Veterans, giving these commemorations greater focus and making them more present & humbling. From these we went on to the FDR memorial and this was the largest of them given his 4 terms being elected President and overseeing the Great Depression and WW2. This was a rather stirring memorial as one wonders if Trump ever walks through here and considers FDR’s famous quotes all of which were humble and humanitarian!  The final memorial was the Jefferson and this was rather grand as well given he was the 3rd President and involved with the Declaration of Independence

We were lucky enough to find a taxi outside the Jefferson Memorial and went home to rest up before our afternoon tour as we both had a headache and sore throat so needed a break.

Mark sorted out the Uber app and so we then caught one over to Georgetown to meet up with our next walking tour. We arrived a bit early so we went and checked out the restaurant Sequoia that I had pre-booked for dinner months ago; on some recommendation of which I can’t remember. When we went in to check it out it looked pretentious and the waitress was rather dismissive so I texted a bit later on and cancelled. This proved to be a good thing as our walking tour guide suggested a nice pub, Martin’s Tavern, close to where the tour finished.  This tavern is where most Presidents have come in recent times and the place where John F. Kennedy proposed to Jacqui! Now, we’d been told this proposal happened in Boston but apparently that was not the case and I have a photograph of where the proposal was allegedly made. John F. Kennedy apparently spend a lot of time here because he lived nearby right up until his Presidency. So when Mark went to the toilet later and found only one urinal he felt very chuffed to be using the services that many other presidents had used, along with JFK.  We caught an Uber home for an early night as we’d walked 6 hours today. 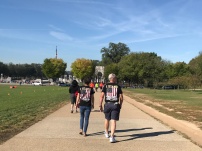 Check out the t-shirts! 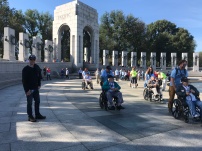 A parade of Veterans around the Memorials today. This is the WW2 Memorial 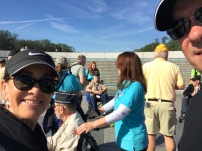 Veterans at the WW2 Memorial 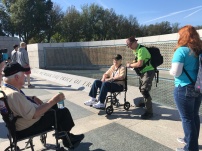 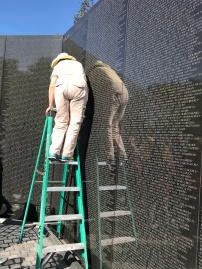 The Vietnam memorial; guides do rubbings of names 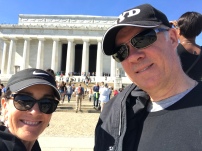 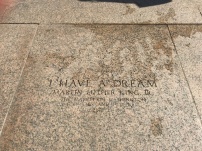 Site at Lincoln Memorial where MLK gave his historic speech 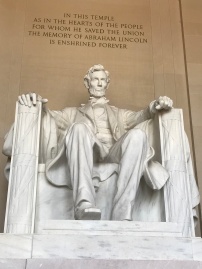 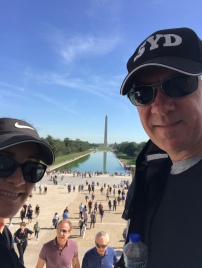 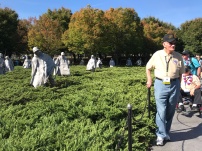 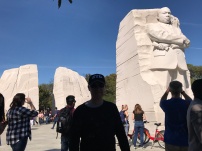 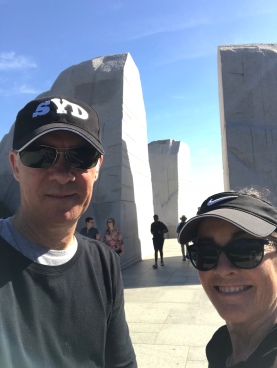 Us at MLK Memorial 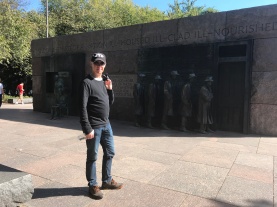 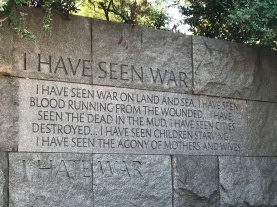 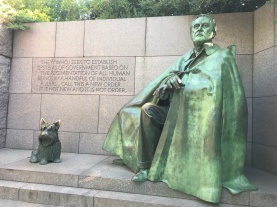 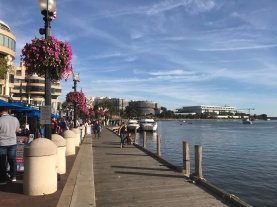 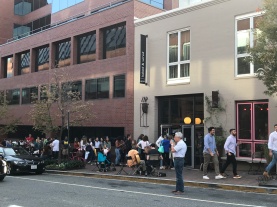 A queue for cupcakes! 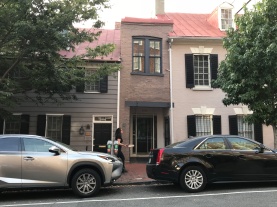 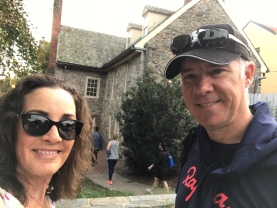 Oldest house in washington area: thought to be where Washington spent time. 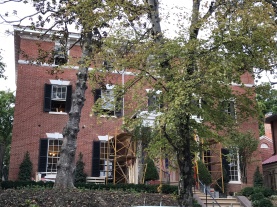 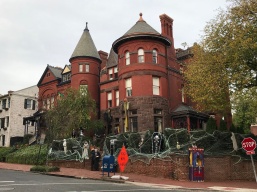 They love Halloween in Georgetown! 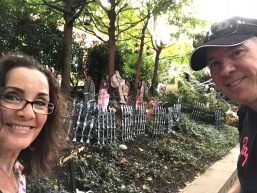 Check this Halloween house out 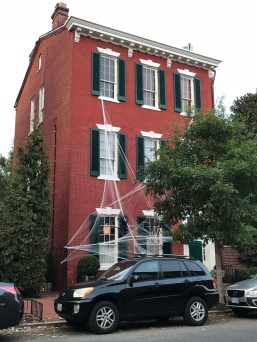 JFK’s house right up until his Inauguration 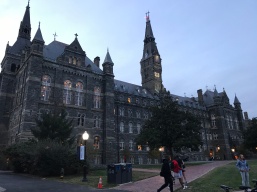 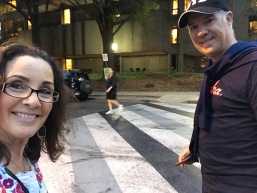 Grorgetown colours on the streets 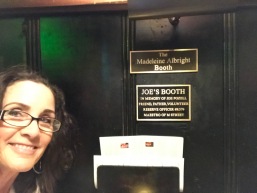 Martins Tavern: check out whose booth this is! 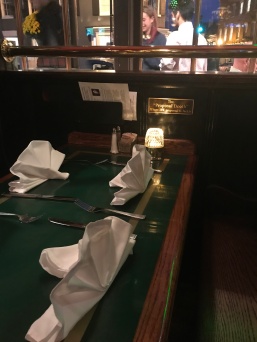 Booth where JFK propsed to Jacqui 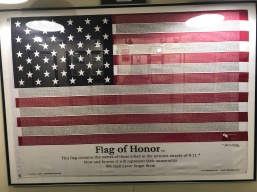 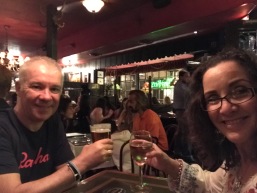 Us at Martins Tavern